Acupuncture and Chinese Medicine Vs the Corona Virus Pandemic 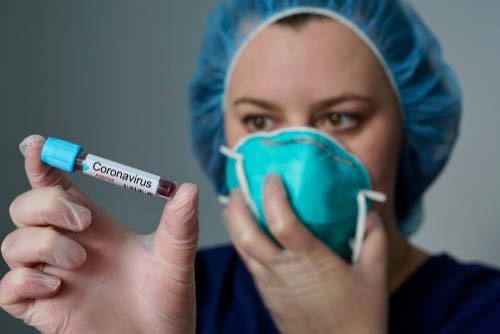 Everyone is aware of the coronavirus named COVID-19 sweeping through countries in Asia and now across the world.  Indeed the first case in interior BC was reported last week after a woman flew to Vancouver from Shanghai and then proceeded to drive to her home in Interior BC, the exact locale undisclosed.  The news and internet are full of images of the difficulties the people of China are having with this virus. Not in recorded history have we seen such large populations even whole cruise ships quarantined.  Many Kelowna residents are worried that it is only a matter of time before COVID-19 finds its way into the Okanagan.  A great website to monitor the global cases is worldometer.com.   This site gives up to date statistics on reported COVID-19 cases.

With the development of a vaccine nowhere in sight, doctors are searching for viable treatments to reduce the mortality rates of the COVID-19 infections which currently hover around two percent.  Many antiviral drugs, including those used to treat HIV, are being tested against the virus.   But to date, unfortunately, there has been limited effect.  In general, modern medicine often does not have good treatments for viral infections.  Most of the incurable disease we face today, such as AIDS, hepatitis B, rabies, dengue fever, the flu, ebola, etc, are caused by viruses.  These diseases are difficult to cure and generally managed instead.  The main weapon against viral diseases has been vaccination to promote immunity, however vaccinations are only effective before you have the disease.

Another coronavirus of recent memory was SARS from 2003.  The SARS coronavirus caused 8000 infections across 26 countries, killing almost 800 people, and a mortality rate of about ten percent.  At the time of writing, coronavirus COVID-19 has killed 2250 people worldwide, more than double SARS, and so far has shown no signs of slowing down.  During the SARS epidemic, I lived in Taipei, Taiwan, and remember clearly the worry and concern of the Taiwanese people about SARS growing out of control.  Canada was also affected with travel restrictions to Canada as well as some restrictions on Canadians travelling to other countries abroad.

Rarely is it reported but, Chinese medicine has been used in conjunction with western medicine in Asian countries in the fight against both SARS and COVID-19.  After the SARS outbreak and before moving to Kelowna to start our acupuncture practice, Vivi and I had the pleasure and opportunity to intern with Dr Hsu Zhong Hua who led the team of doctors using acupuncture and Chinese herbal medicine to fight against SARS during the 2003 outbreak.  Following him at Taipei City Hospital, we learned a lot not only about treating viral infections but other conditions as well.  Vivi and I were particularly interested in his use of Chinese herbal medicines in the treatment of breast cancer with which he was having a good deal of success.  A blog for another day perhaps.

Over the weekend I rewatched the almost prophetic Matt Damon and SARS inspired movie from 2011 “Contagion” which had come up on my Netflix account as “trending”.  I had watched the movie years ago but this time I noticed a lot of similarities to the current coronavirus pandemic such as  theories that it may be an escaped bioweapon, that it happened just before a holiday (Thanksgiving) in which there was a lot of travel and opportunity to spread, that it came from bats, and that it started in Hong Kong/China were just a few of the many similarities to the current coronavirus pandemic.

Interestingly one character in the movie played, by Jude Law, claimed a herb called forsythia was a cure for the fictional viral epidemic.  Forsythia is a Chinese herb that has been used for thousands of years in Chinese medicine for the treatment of epidemics in China.  Forsythia is called Lian Qiao and is the “Qiao” in the extremely popular Yin Qiao San that we carry for early stage upper respiratory infections.  We also carry Lian Qiao on its own to create custom formulas at Balance Point Acupuncture.  We use this for all sorts of “heat” disease especially for the upper body/respiratory system.  Of course this is a fictional Hollywood movie, I just found it engaging to see a Chinese herb used in the movie.  More info on Forsythia / Lian Qiao can be found at this website: https://www.americandragon.com/Individualherbsupdate/LianQiao.html

Chinese medicine has a long history of treating epidemic diseases similar to COVID-19 and has developed several herbal categories each with different functions and effects.  Lian Qiao belongs to the “Clear Heat, Purge Fire” category which in acupuncture lingo means it is good for infections causing heat or fever.  Gypsum, honeysuckle, and Chinese skullcap are more examples in this category.  Clearing heat and purging fire would represent modern antibiotics, antivirals and anti-fever medications from a TCM perspective.  Traditional Chinese medicine has other categories that are used in treating respiratory infections as well.  Some herbs such as "Ban Xia” and Xing  Ren are in the “resolve phlegm and stop coughing” category.  These herbal medicines help to dissolve thick and congealed phlegm so that it can be easily expectorated and thereby clear the lungs of mucus, phlegm, and the viral or bacterial load.  Another common Chinese herb which can assist in opening the airways in cases involving difficulty breathing is Ma Huang or ephedra which is put to use in some western medications as a bronchodilator and decongestant.

Acupuncture and moxibustion can also be used to open the lungs, activate the immune system, and expel phlegm.  A skilled acupuncturist can use treatments to direct the Qi (immune system) to the lung.  In many cases of chronic lung conditions an acupuncturist may diagnose a Lung Qi deficiency wherein the circulation of Qi and blood is at a weakened state in the lungs.  This is done by Chinese tongue and pulse diagnosis as well as assessing presenting symptoms.  Acupuncture point Stomach 36 stimulates the immune system and directs it upwards to the lungs.  Stomach 40 is a phlegm point and is used to resolve and expel phlegm from the body.  Lung 7 opens the lungs and also assists the body at expelling phlegm from the lung.  Other acupuncture points could be used for reducing heat, fever and inflammation.  Common heat clearing points for lung infections are Large Intestine 4 and 11, and Lung 10 and Lung 5.  One of my personal favourites for clearing heat in the body is Large Intestine 1, a pinchy point located near the tip of the index fingers.  This point helps vent heat trapped in the body and shows instant changes on the radial pulse.

China, in cooperation with the World Health Organization, has begun over 80 clinical trials testing various treatments for coronavirus infection.  About 15 of these test Chinese herbs and Chinese medicine techniques combined with western therapies as is commonly done in Chinese hospitals.  One of the largest studies, which includes 400 participants, is testing the efficacy of the Chinese herbal formula shuanghuanglian,  which includes the aforementioned herb Lian Qiao.  This herb has been used to treat lung infections for more than 2,000 years. The clinical trial tests shuanghuanglian against a control group given standard care but not a placebo therapy.  I’m looking forward to the results of the study.  A detailed summary of Chinese medicine treatments for COVID-19 can be found here:  https://www.elotus.org/sites/default/files/novel_corona_virus_-_tcm_treatment_from_the_pprc.pdf?fbclid=IwAR04QOmKENo947RL-L3Mo7QCApm9XLY2dUDpTCnnyuf7wV-ussrk15XY7cU

Viral epidemic diseases are not a new thing for China or the rest of the world.  For thousands of years Chinese medicine has been employed as the first line of defence against these epidemics within China.  Hopefully the world joins together to defeat COVID-19 as it has SARS and other epidemics.   As a practitioner of acupuncture and Chinese herbal medicine I am proud to see acupuncture and TCM recognized by the WHO and being used on the front lines to save lives.